Welcome back to our guest post series. Our guest today is the Brazilian literary translator living in the US Rafa Lombardino. 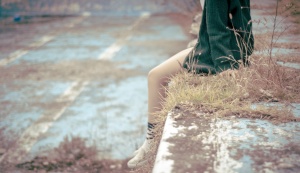 In Brazil, we have a saying that goes, “Com a pulga atrás da orelha.” Literally, it reads, “To have a flea behind your ear,” but it really means that something doesn’t seem quite right. If your personal flea is nibbling at your ear, that’s when you need to go check things out to make sure it’s all 100% legit.

My little flea has been my faithful companion since I started working as a translator back in 1997. At first, my biggest fear was to be “found out,” that someone would come and point a finger at me saying, “You have no idea what you’re doing, do you? You’re nothing but a fraud!”

Back then, that fear was mostly due to the fact that I had just finished high school, was working full time as an English as a Second Language (ESL) instructor, and saving money for college. Even after I majored in journalism, I noticed that flea had stayed put behind my ear during those four years of undergrad school.

In 2002, shortly after graduating, I moved to California. My flea then became an Atom Flea—yes, you guessed it right; it’s Atom Ant’s cousin!—because I started to receive several requests to translate from Portuguese into English. For some, translating into your second language is considered the biggest sin a translator could ever commit, so my flea was working overtime to make sure I got my terminology, grammar, spelling, and prepositions right.

Despite almost two decades of experience and a couple of translation certificates under my belt, my companion flea has never really gone away, but the fear of being “found out” has somewhat subsided. It turned into something more pleasant, less heart-stopping than the idea of fingers pointed at my face. What I get now are butterflies in my stomach, because with each new project there’s that same excitement as if I were translating for the first time.

After all these years, I’ve learned to accept that a little bit of fear is good in our industry. It makes you check yourself several times, research information, ask peers for their input, and never assume that you’re the best translator who ever walked the Earth.

That kind of know-it-all mentality can backfire and leave you out in the cold if someone requests some supporting information and sources for your word choices, or even challenges your translation altogether. If your flea has been working with you all through the project, you’ll be able to go back through your notes and research to provide clients the information they need to see how confident you are in your work. And that confidence, fueled by your personal flea, is the trademark of a true professional translator.

Thank you so much, Rafa, for accepting my invitation and kindly taking the time to write to our blog! 🙂 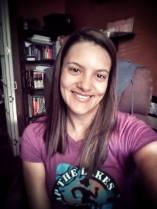 Rafa Lombardino is a translator and journalist from Brazil who lives in California. She is the author of “Tools and Technology in Translation ― The Profile of Beginning Language Professionals in the Digital Age“, which is based on her UCSD Extension class. Rafa has been working as a translator since 1997 and, in 2011, started to join forces with self-published authors to translate their work into Portuguese and English. In addition to acting as content curator at eWordNews, a collective blog about translation and literature, she also runs Word Awareness, a small network of professional translators, and coordinates Contemporary Brazilian Short Stories (CBSS), a project to promote Brazilian literature worldwide.