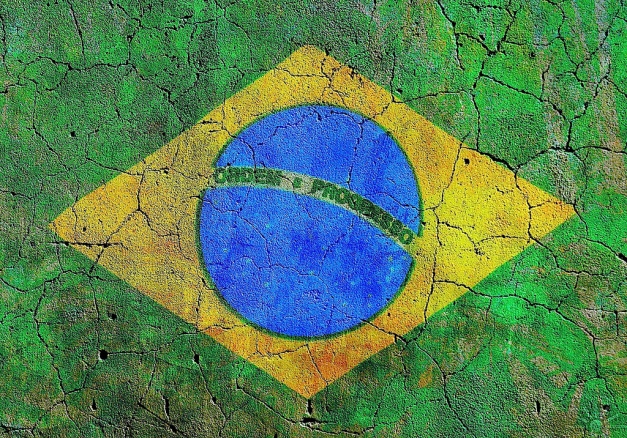 No, we don’t speak Spanish in Brazil. Neither do we speak Brazilian (there is no such a language, by the way). We speak Portuguese. No, not the same as in Portugal (European Portuguese). Here, we speak a variant, Brazilian Portuguese. Just like American English is a variant of British English. Get it?

And just like the US speaks English due to Britain’s influence during its settlement, Brazil speaks Portuguese because, obviously or not, the Portuguese colonized it. For some time, Portuguese coexisted with the lingua franca spoken by Jesuit missionaries, based on Amerindian languages. With the expansion of the colonization and the increasing immigration of Portuguese people though, Portuguese affirmed itself as the national language.

Portuguese is a Romance language (just like Spanish, Italian, French and Romanian, the most widely spoken ones) spoken by over 200 million people worldwide (besides Brazil and Portugal, seven other countries also have Portuguese as their official language – Angola, Cape Verde, Guinea-Bissau, East Timor, Macau, Mozambique, and São Tomé and Príncipe).

Although both variants (European and Brazilian) differ in many aspects, from pronunciation to vocabulary, an orthographic agreement (spelling reform) was reached between both countries in order to create a single common orthography. In Brazil, it went into effect in 2009.

Why should you consider learning Portuguese?

Hope you find this post useful. Would you suggest any other resources?

Join 445 other subscribers
Follow Carol's Adventures in Translation on WordPress.com