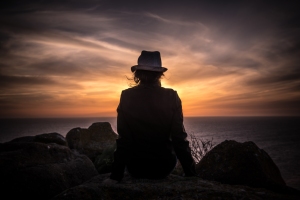 It does feel good to be back at writing posts for the blog, especially when there are announcements to be made – good ones, of course. Don’t you worry!

But first I’d like to thank you, my dearest readers, for always being so kind and active on the blog! Seriously, you are amazing! And, because of that, while I was giving some thoughts to the changes I’d make to the blog, you were crucial to the decisions I made. After all, let’s be honest, this blog is for you, so why would I not listen to you, right? So, THANK YOU! I hope you like the changes I’ll announce today and that you keep supporting the blog as you already do.

By the way, have you already voted for it as the Top Professional Blogs 2015? If not yet, please do on the button on your right, and fingers crossed!

Now let’s move on to what matters: the news! As you know, I’ve been more absent than ever from writing posts myself. Besides, I also had a couple of issues with the guest posts. This situation made me feel terrible, because I know I have an editorial calendar to follow and I was letting you down on it. Therefore, I decided it was time for a change! I thought of ending the guest posts altogether, but, as I said, you give me such a great feedback on them, that I really felt it would be a shame to end them. That being said, I declare the guest posts stay! As do my own posts, of course. However, their frequency will change. We’ll have both of them once a month, solving my lack of time issues and leaving me more time to plan the guest posts.

Now the great news is we’ll also have, from now on, an interview series, with which I’m really excited about! 😀 It will be called Greatest Women in Translation (#gr8estwomenxl8). As the name clearly says, I’ll be interviewing women only. I have already invited the first interviewee, and she has accepted the invitation! Yay! She’ll answer the questions I made up especially for her and will be responsible for nominating the second interviewee. That’s right! On this series, I’m not the one who gets to invite guests, the interviewees themselves will be the ones to do so. The idea is that each interviewee nominates a woman they look up to and admire in translation. If, for any reason, the nominee is not able to accept the invitation, I’ll invite another one and start the thread again. Are you as excited as me with this? 😀 Everybody has someone who inspires them, right? And isn’t it just lovely to learn more about the person?

Meanwhile, how about trying to guess who the first Greatest Woman in Translation is? 😉

9 thoughts on “Greatest Women in Translation”

Join 443 other subscribers
Follow Carol's Adventures in Translation on WordPress.com