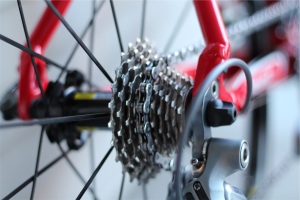 Ow, boy! I know it’s getting pretty common and sounding like lame excuses, but I am so sorry for the absence lately! To make matters worse, even the guest posts are not working as usual. 😦 This beginning of the year is on fire!

Yes, yes, I know, I’m not complaining at all. Actually, it’s completely the opposite, I’m really excited with all the new projects and clients and contacts coming up, all the new things happening… On the other hand, though, I feel really sad not having enough time for the blog. I love this contact with you, my readers. You know, one of my new year’s resolutions was to separate a dedicated time for social media and for the blog, so this wouldn’t happen. I’m glad with my resolutions so far, but I’m failing on this one. I do have to dedicate some thinking and time to working on it. And I will. As to the guest posts, they will definitely return next Tuesday to their normal routine. A couple of the guests had some problems (as you can see, I’m not the only one) and we had to postpone their publishing dates.

Hey, but I do have some great news! We’re making the rounds here! Some great people are mentioning the blog around and we’re getting noticed. Isn’t this great? You should know this is really fantastic! All this love you all share for the blog just makes me keep going, and that’s exactly why I hate letting you down and not posting anything.

Well, moving on to today’s topic, I want to share some thoughts I had yesterday regarding something that happened between a dear client and me. They started working with a new account with better deadlines, but worse rates (I think you may know where this will head, right?), but requiring high quality (oh, really?). Therefore, they told me they couldn’t count on me to do the translation, because I charge high rates (which are not high at all, FYI), but wanted me on board to be the editor, since they were aware of the quality service I provide. Fine. First of all, a glossary with dozens of words. Quick and simple – if the translator had helped, that is. To give you some context, the translation is IT related – this is my area of expertise. Well, our colleague the translator decided he wanted to revolutionize the IT and translated every single term, according to him, “avoiding Anglicism”. I don’t know how it works on other languages, but in Brazilian Portuguese, a lot of words remain in English, it’s already widely-used like that by many well-known IT companies. Well, I corrected most of his choices to what is commonly used in the IT segment. The problem is the translator did not agree with them, and told us, and here I quote, he “wanted to be more inventive”. Also according to him, “that’s the first step to achieve superior quality”.

Well, I won’t go on telling every single word he used to reply to my corrections. The thing here is, unless you translate for the literary sector, you are not free to translate however you desire. It doesn’t matter what you think about something – your opinion is of no value when dealing with technical translations. You need to follow what is used in the sector – and the client’s preferences. All the big boys in IT have already decided what is translated and what is not. If you try to translate mouse using a Brazilian Portuguese word people will not recognize what you’re talking about, right? So why revolutionize?

Quality is not about reinventing the wheel, but following guidelines and rules, using the target language correctly and being fluent, transforming the source into a text that doesn’t sound like a translation.

In Brazil, we usually say someone is trying to show they are working hard (mostrar trabalho), but it does not necessarily mean the person is working or doing the right thing. Therefore, do not try to show you’re a good translator, just translate the best you can, and the rest will work for itself. 😉

Note: I asked out of the project, because I anticipated long hours of arguments with the translator, and that is certainly totally pointless, in my point of view.

Since we’re sharing client stories today, how about you sharing one of yours?

3 thoughts on “Do not try to reinvent the wheel”

Leave a Reply to Carol's Adventures in Translation Cancel reply