Hello, dear readers! I hope you are all doing fine. First of all, I’d like to apologize for not publishing my monthly post on August 20. I was really busy finishing up projects and planning my vacation.

Side note: this post was scheduled, because I’m actually on vacation as you read this. 😀 Therefore, bear with me in case you write comments. It may take a while to receive a reply. 😉 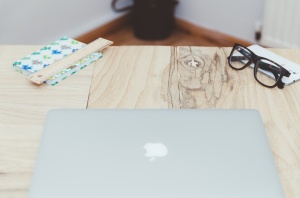 A translator in the making: How I got to where I’m at

To start off, I’d like to take a moment to thank Carol for accepting my submission for a guest post – much appreciated. Now, let’s get down to business. I’ve spent some time reading and enjoying previous guest articles in search of a topic that hasn’t been previously covered here. Since many of the essential aspects of the translation industry have been already discussed, I decided that the best way for me to contribute would be to give you a sneak peek into my life as a translator, or rather how I became one, as I think it’s pretty interesting.

What I really strived for developing this post, was to make it as sincere and as natural as possible. Considering the fact that translation is such a big part of my life, I couldn’t afford to force a topic just to be published here. Thus, I thought it would be best if I gave my colleagues by profession, and hopefully young aspiring translators as well, a genuine perspective on the journey that took me here, and lead me to working as a professional translator, among other things. I intend this post to be a lighter read, packed with my personal experience rather than dry facts. I don’t want you to think that this is going to be solely a bunch of egocentric ramblings, though. I will make a number of points toward the end so stay with me.

The origins of passion

Again, just to reiterate what I said in the intro – with this post, I’d like to tell you a story and make you become a part of it. Whether you work as a translator, or wanting to become one, you may find certain points to be similar to your journey, others will undoubtedly be alien to you.

So, how did it all start for me? Well, I guess I have to take you back to middle to late nineties. Back then, in Poland, where I come from, cable TV was a hallmark of luxury, obviously no one had even dreamt about broadband Internet yet. What we did have, though, were NBA basketball games broadcasted on one of the public TV channels and ‘telegazeta’ (lit. TV newspaper), which was exactly what the name suggests it was.

Just to be on the safe side, let me explain that I’m talking about a sort of Internet 0.5., a system of pages you could access on color TV sets by typing page numbers from your remote control. I would get up every morning to check NBA scores and stats before hitting school, so I could discuss the latest developments in the league with my classmates.

Basketball was big back then, despite severe technological limitations in comparison to what we have now. Anyway, I don’t want to stray off topic too much. I always had a bunch of bilingual dictionaries at home, so I started with translating the team’s names.

It was fascinating to learn how various animals are called in English – there were Bucks, Hawks, Timberwolves. I had a quick course in engineering with Pistons and Rockets. There were also names that required you to dig deeper in order to understand them, like Knicks or Trail Blazers. Mind you, I was about 11-13 years old then.

Basically, I spent my forming years on the court and I’m still a huge basketball fan after all these years. Back in the 90’s, we underwent significant socio-political changes and were bombarded with American culture – movies, music, video games – they all left a lasting mark on me and my peers to this day. So, the English language was somewhat a part of the 90’s kids’ daily menu.

Looking back, I might have been somewhat set up for work in a culture-language related field. Coming from a two-national family and being exposed to different worldviews, I think I’ve been molded to be more open-minded and appreciative of other cultures.

Add in the fact that I’ve felt for a long time that language has been a fundamental evolutionary development for our civilization, without which we wouldn’t be able to function the way we are, and you have yourself a material for a translator in the making.

Ok, let’s fast-forward to post-high school times. The funny thing is that although English classes were never a trouble to me, I don’t think I seriously considered becoming a translator back in high school.

My original choice of college was different. I wanted to become an urban planner. Cities have always fascinated me. The vibe, the architecture, the wide range of people you can come across – it was always, and still is, very appealing to me.

Well, I didn’t make it and had to resort to my plan B, which was English studies. At the time, I started reading excessive numbers of novels in English. We had a British Council run library here in Poznań with decent selection of mostly modern literature. This has helped me immensely in enriching my vocabulary and getting familiar with grammatical structures of the English language.

Later on, while writing my thesis on the issue on untranslatability in advertising, I came across a lot of theoretically-geeky translation stuff that I liked and this might have been the moment when I first started seriously considering becoming a professional translator.

Getting started for real

So, how did I transfer from doing pretty well in translation classes to actually getting paid for knowing a foreign language good enough? As you can probably imagine, the road to success is rather bumpy.

After I graduated, I was doing some minor freelance gigs and working with some English language-related jobs. It was only about after a couple of years, that I got a job at a translation agency.

I’ve been working with them since June 2013 and it’s been great thus far. Cool people, a variety of texts I can learn from for free, working flexible schedule. I guess what I’m trying to say is that I’m pretty happy with my profession.

It all came out natural, I’ve been lucky enough to not have to force anything and be able to do something I actually enjoy. There’s no supervisor hovering over me, no dress code, the working hours depend largely on me.

As promised, I didn’t want to make this post just about me. The hidden message is for the younger readers, who may be looking to find their profession.

My message is this: if you’re interested in a certain country’s culture – music, literature, specific sports, cuisine – and you love communication, foreign language is one of your easiests subjects at school and you never stress it, then maybe becoming a translator is a way to go!

You’ll definitely keep learning new things along the way, as a freelancer you’ll be free from many of the regular office restraints and having a number of people scrutinizing your every step. Possibly you’ll also learn some useful business basics. Let’s be realistic, though. Instability in terms of projects and having to deal with difficult clients may be an occasional downside.

All in all, I want this post to resonate positively with whoever is reading this. My journey has been nothing but fun thus far. I’d like to thank again Carol for having me and I want to hear how did you guys reach the point you’re currently at in the industry. Let me know in the comments.

Thank you, Roman, for your contribution to our blog!

Roman Kozłowski is a translator of the Polish-English language pair, also working at Chatwee. Creating web and social media content helps his translation work and vice versa. Passionate about the Internet, NBA and SETI research. Let him now via LinkedIn if you ever stop by Poznań or think he would match your project requirements.